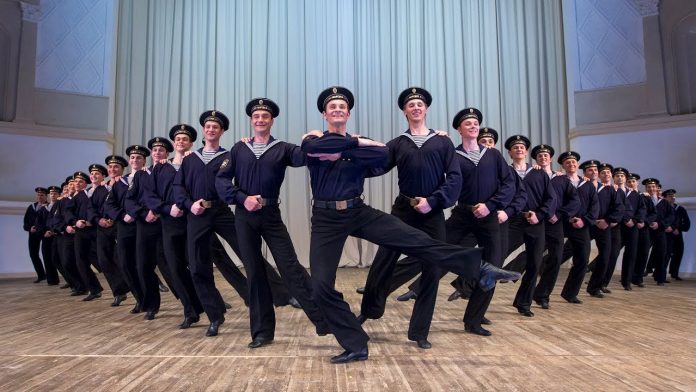 
Russian Naval “DAY ON THE SHIP”

These incredible performers are a professional ballet dance team in the role of the Russian Navy performing a routine choreographed by Igor Alexandrovich Moiseyev to the Russian folk song “Yablochko”. Their performance was part of a Naval Suite performance called “DAY ON THE SHIP”. At times, their moves almost seem to be as if they’re in a cartoon and physics doesn’t apply to them.

Who Was Igor Alexandrovich Moiseyev

Known more commonly as I. Moiseyev, he was a well-known Russian choreographer. Moiseyev was widely acclaimed as the greatest 20th-century choreographer of character dance, a dance style similar to folk dance but with more professionalism and theatrics.

Yablochko in Russian is known as “Яблочко”, which translates to “little apple”. The song is a Russian folk song of chastushka style and dance, traditionally presented as a sailors’ dance as in the video above.