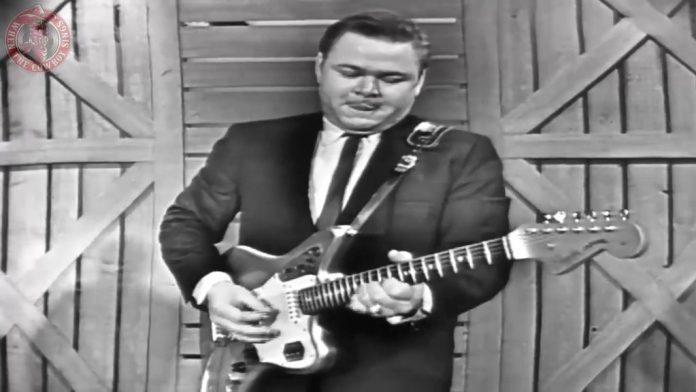 During a live performance, the guitar legend known as “Roy Clark” (Born April 15, 1933 – Died November 15, 2018) played an incredibly fast-fingered cover of Euday Bowman’s jazz instrumental called “12th Street Rag”. The video was recorded back in the 1960s but the performance is still super entertaining today. Roy’s talent mixed in with a couple of cheeky faces always kept his audiences entertained, laughing and engaged throughout his performances.

Who Was Roy Clark?

Roy Linwood Clark was a very talented singer and musician from the USA. He was well known for hosting Hee Haw, a variety show with a national audience. Roy hosted the TV show between 1969 to 1997 and became an influential figure in country music throughout this time. Roy’s performances, such as in the videos on this page, did a great deal in popularising the country music genre.

Roy was known as one of country music’s greatest stars and in the hearts and ears of many to this day. He passed away on the 15th of November 2018 leaving a wonderful career behind for us music fans to enjoy! Watch Roy Clark’s greatest hits in the full-length video below.

Roy came from a very musical family with both his parents playing instruments to a good standard. Roy’s father was a semi-professional musician who played multiple instruments including the banjo, fiddle, and guitar, and his mother played piano.

Roy’s first instrument was a four-string cigar box with a ukulele neck attached to it, which he started learning to play as a child in elementary school. Roy quickly found a passion for the instrument and went on the learn the banjo, guitar, and mandolin. Learn more about this exceptional musician on his Wikipedia page.