Ironworker Paul Harvey has become an internet sensation for his mesmerising musical performances. Though able to play multiple woodwind instruments, his obvious favourite is the Native American Flute, which he now carries around most days (an impressive feat in itself).

What makes Paul’s videos so unique are the filming locations. These vary from abandoned buildings to construction sites, or anywhere providing what he describes as ‘natural acoustics’. It was noticing this natural acoustic whilst whistling at work one day, that caused Harvey to pull out his smartphone and flute and record the first of many videos that see him put on his hard helmet and play.

Family man Paul Harvey is a former youth pastor with two young children. Living in Eau Claire, Wisconsin, he makes the daily four-hour commute to Minneapolis where he works as an Ironworker for Local 512. He has been married for over ten years, having proposed to his now wife under the false pretense of a break-up; a technique he would not recommend.

Harvey first picked up a flute in a tourist shop in South Dakota seven years ago. He decided to act on the instant natural connection, going on to become a self-taught musician who to this day has not attended a single music lesson. It may surprise you to know that Harvey cannot read music. The pieces he plays are instead learnt entirely by ear. This is even more impressive given the fact that at five years old, his sister clogged his ears with sand in a traumatic game of doctors resulting in a lengthy prescription of ear drops.

An avid Lord of the Rings fan, Harvey’s recent videos have included a homage to the epic franchise, as well as music from Star Wars and Braveheart. He has seen impressive growth on YouTube with over 190k total views, and more recently on TikTok where multiple videos have gone viral with one reaching over 1.3M views. His music has brought calmness to so many, including his work colleagues who now often come to work with a musical request at the ready.

Harvey recently announced the exciting opportunity to make his first album with Grammy Award nominee Peter Phippen. To fund this, he has set up a Patreon donation page and hopes to use any spare cash for better quality videos and of course expanding his flute collection.

If you want to see more from this talented flute player go to his YouTube channel and subscribe for more videos. 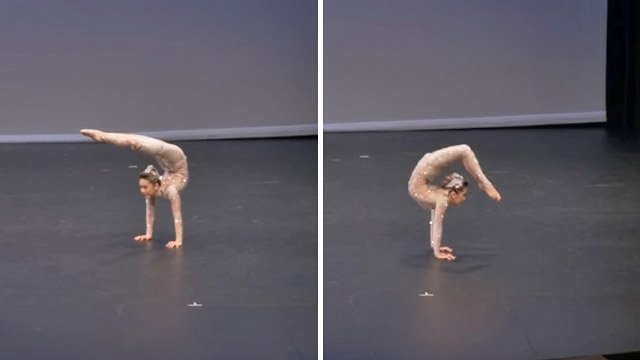 Donkey Melts Into Guitarist’s Shoulder Every Time He Plays Guitar