The Magical Moment Beyoncé Sung Acapella For A Children’s Hospital

The Magical Moment Beyoncé Sung Acapella For A Children’s Hospital

Beyoncé is one of the most loved female artists in existence and has toured worldwide for an endless number of shows. Beyoncé’s claim to fame started in 1990, when all-girl pop band Destiny’s child formed. In 2003, Beyoncé released her first solo album and has continued to fly solo in her music career ever since.

To truly experience this performance, let’s go back in time. It’s 2009. Beyoncé’s ‘Halo’ has been released for one year. For a whole crowd at National University Hospital in Singapore, their dreams are about to come true. For the young patients who were fighting cancer, their time and journey has been tough, and music is a powerful coping mechanism that can sometimes pull us through the harder moments. Beyoncé turns up to the hospital waiting room and waves at the children in front of her.

She is introduced by a member of the hospital staff, expressing her achievements and showing admiration for her songs and unique talent. Beyoncé then introduces her all-female band and dancers who will perform alongside her. As Beyoncé begins to sing ‘Halo’, the guitar and saxophone chime in, and along with Beyoncé, the rest of the band clicks their fingers to the tune.

During the performance, the camera zooms to the children watching Beyoncé’s performance in awe. Some of the parents sing along to the words of the tune, and others bring out their cameras to record her performance. Her backing singers then join in and echo Beyoncé’s lyrics. Released just a year before this private show in Singapore, Beyoncé’s performance of ‘Halo’ is flawless and sounds just like the recording.

At the end of her performance, the crowd begins to clap, cheer, and shout ‘Thank you!’
Beyoncé responds to the audience by saying, ‘Thank you, guys. We had a wonderful time. Thank you. Amazing to be able to perform for all of you, and we definitely see all of your halos. Thank you for inspiring us.’

Both parties showed inspiration and admiration. Beyoncé took her time to use and share talent with those who needed it, and the patients continued to fight their battle and push through the hardships. Despite their very different circumstances, they are bought together by the power of music. 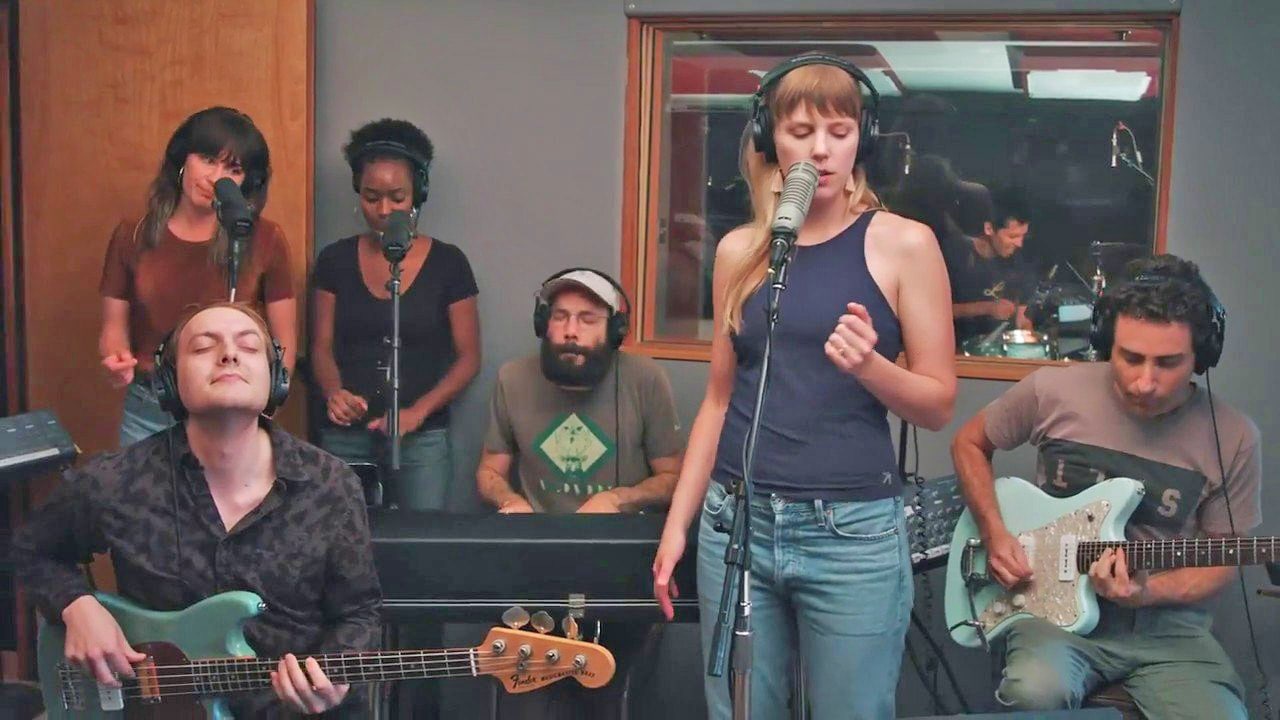 The California Honeydrops R&B And Blues Band From The USA