Although The Beatles enjoyed massive success that endures to this day, it can be argued Paul McCartney is the most successful of the fab four. His career has continued both solo and with his rock band “Wings”. He has released 27 albums since The Beatles went their separate ways.

Paul is best known as a singer-songwriter, but in fact, he is probably one of the most talented musicians on the planet. During his time with The Beatles, he played bass, acoustic and electric guitar, keyboards and even drums. The most unusual instrument he has dabbled with has to be the Mellotron which he plays in the intro to Strawberry Fields Forever.

It’s now more than 50 years since that tune was recorded, but it seems Paul hasn’t lost his love for the Mellotron. In 2005, Paul recorded a session called Chaos and Creation at Abbey Road at the famous Abbey Road studios in London. In this session, he plays the Mellotron and explains what he knows about this unique instrument.

“This is a mellotron, a 60s instrument that was a forerunner of the synthesizer, and the idea was that there was its tape loops. It’s like a tape cassette, you play one of the keys, and it would play string sounds or a trumpet or flutes.”

Paul goes on to explain that since he’d bought a Mellotron, he’d been trying to figure out what the instrument had been designed for. He came to the conclusion that it was meant to be sold to cabarets. If they bought it, they could buy this one instrument and save on the cost of having a band.

Paul’s Mellotron has all of the tape reels that provide the instruments preloaded from the original date of manufacture in the 60s. After his mini TED talk, Paul proceeds to demonstrate the amazing music this instrument can produce. The song he sings, seemingly made up on the spot, is catchy and melodic and makes you want to click your fingers and dance with him.

It’s no surprise then that this video has already been watched more than two million times. Paul’s talent is obvious, but so is his love of music. It’s a joy to watch. 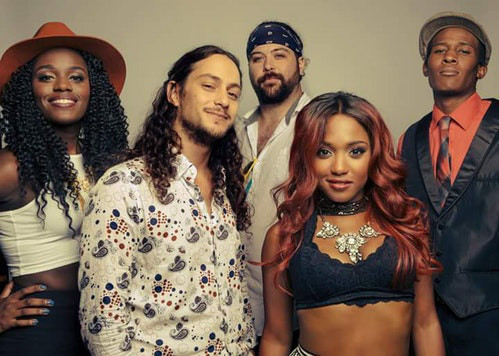