This is Gabriella Papadakis and Guillaume Cizeron showcasing their “Rhythm Dance”. The video was recorded on the first week of April 2019, just before the ice dance couple left for World Team Trophy. This incredible action video was recorded by a very talented videographer called “Jordan Cowan” who runs a YouTube channel named “On Ice Perspectives”.

This brilliant YouTube channel was created by a videographer called “Jordan Cowan” who has an incredible talent for capturing ice dancers in action. His videos showcase these gracious performers from a perspective you don’t get to see when watching competitions on TV. His videos are truly remarkable.

The figure skating couple have a list of incredible achievements including being four-time World champions, five-time consecutive European champions, and six-time Frech national champions. They also won a silver medal in 2018 at the Olympics and have been champions of the Grand Prix figure skating. Gabriella Maria Papadakis was born on the 10th of May 1995 in Clermont-Ferrand, France. Guillaume Cizeron was born on the 12th of November 1994 in Montbrison, France. 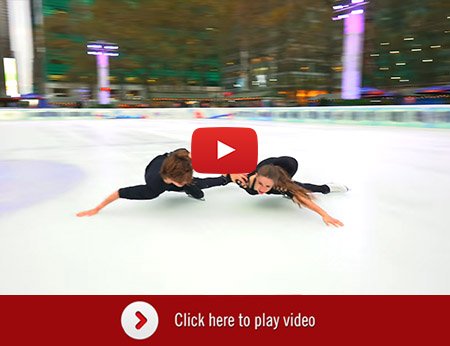