The Cat Piano, A Bizarre Historical Instrument That Nobody’s Heard Of

When asked to name a musical instrument, the piano is probably one of the first that springs to mind, but what is the history behind this infamous instrument? The original piano dates back to the 1600’s and there have been multiple versions developed throughout history, leading us to the modern-day creations. 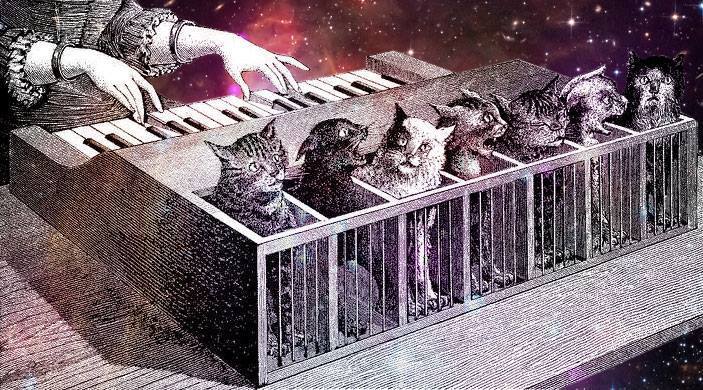 One of the most bizarre origin stories of the piano emerged over 400 years ago. ‘The Cat piano’ is a concept in which a piano was created by encaging a group of cats. Their tails were held in place and upon pressing the keys a nail or sharp object would hit the corresponding cat’s tail, causing the poor animal to cry out in pain.

Placed In Order Of Their Meow Pitch & Tone

Though this of course does not sound like the peaceful sounds of the piano we all know, the cats would supposedly be positioned in order of their pitch and tone. This would allow the piano player to produce some kind of meow melodies. Thankfully, there are no videos of a real-life cat piano available, however, you can watch a fake cat piano rendition of Judy Garland’s ‘Somewhere Over the Rainbow’. No cats were harmed in the making of the video below.

But Wait… It’s Not Just Cats!

If the thought of a piano of suffering cats wasn’t bad enough, the historical concept also suggests the same instrument was created using pigs, also known as the ‘Piganino’. 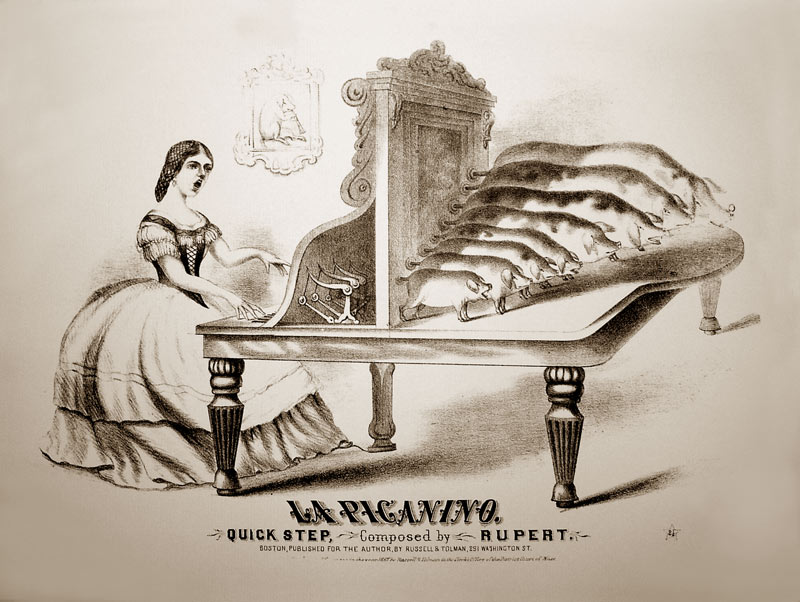 The Piganino was the apparent result of a challenge presented by Louis XI of France to well-known constructor Abbe de Baigne, believing it to be an impossible task. This unbelievable feat was featured in an episode of Horrible Histories as seen below.

Scholar Athanasius Kircher first wrote of the cat piano in his 1602 book on musicology. It was supposedly created to raise the spirits of the Italian Prince at the time. Though this now seems like a cruel and unethical concept, it is unknown whether those in European history would find this amusing.

Further historical suggestions present the idea that cat pianos were present in the parades of King Phillip II. The idea of the Cat piano re-emerged in 2009 in an award-winning short film of the same name telling the story of missing cats, found to be kidnapped and used to create musical instruments. 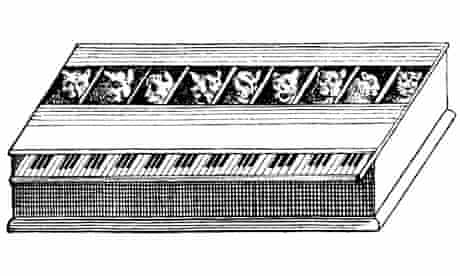 Along the same lines as the Cat Organ, this instrument was mentioned in the 18th century by a German Physician called Johann Christian Reil. He wrote that the “Katzenklavier” was used to bring mental patients back to being “conscious awareness”. Patients would watch the cats expressions as a psychiatrist played the instrument.

Despite the stories and legends throughout history, there is no evidence that the cat piano (or any other animal-based musical instrument) ever actually existed thankfully for both the animals and human ears!