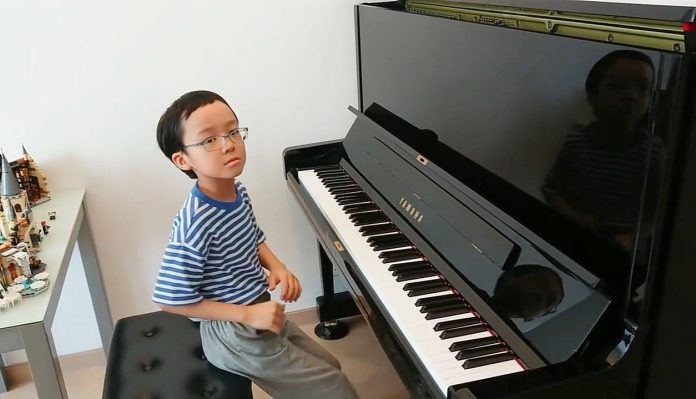 Johan Ho is fast becoming a well-known name among the online piano community. His talents are far beyond the normal level for his age group.

Johan uploaded his first video to YouTube when he was only 5 years old. The youngster recorded a video of himself playing “Fantasie Impromptu in C-sharp Minor Op.66 of Chopin”. The video caught the attention of people around the world who were flabbergasted by the sheer talent on display from such a young person.

Johan opened a YouTube channel in 2016 where he uploaded videos of his piano performances. Since he began uploading videos he has amassed over 7 million views across all of his videos.

He also uses his Instagram account to spread his brilliant work. With over 60k followers in total his social presence is growing every day.

He is often seen playing super complex pieces casually in his pajamas adding even more jealously to life long pianists who admit themselves they would love to play at the same level as Johan.

When watching videos on his YouTube channel, you can see his progress from a 5-year-old prodigy into the real deal at 9 years old. Below is a more recent video from Johan playing at age 9.

A very early video of Johan playing the piano at just the age of 3 was uploaded to his official YouTube channel recently. The video is a brilliant insight into the beginnings of Johan’s musical journey.

The video was uploaded in March 2020 showing Johan’s obsession with his instrument from such a young age.

Johan is clearly a very talented and hardworking young musician with a great future ahead of him. If you want to keep up to date with this young mans progress follow his Instagram or subscribe to his YouTube channel.