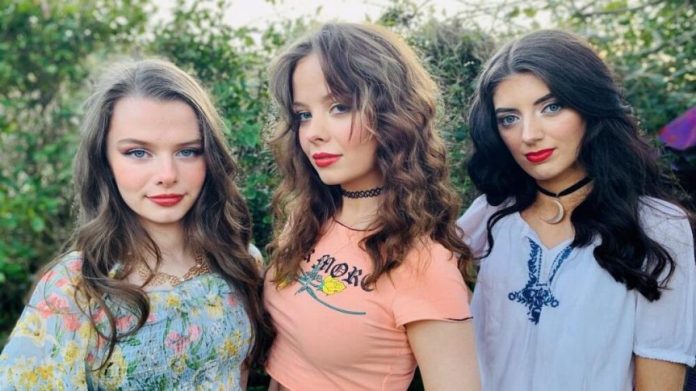 Mollie and Orlaith are the oldest in the band, both 20 years old at the time of writing this article (January 2020). Mamie is the youngest, about four years younger than her band members. Together they have been rocking city centers showcasing their talents busking for the public. In the video below, the band is busking in their hometown, Belfast, Ireland.

Formed in 2018, the Irish rock trio have been picking up new followers at a fast pace. On Instagram they have over 30k followers and since they started their YouTube channel, they have amassed over 2.8 million views across all their videos uploaded to the channel.

The girls are inspired by 60s and 70s rock music and aspire to be the next big thing in the rock music industry. They have also received brilliant accolades from industry professionals such as Don Felder, the former lead guitarist for rock band “The Eagles”. After he watched Dea Matrona performing he said, “Pretty damn good, girls!”.

So where did it all start? Mollie and Mamie’s father is really musical, which inspired them both to play. Mamie started playing the violin and the piano at a young age and eventually turned her talented attentions to the drums.

Mollie and Orlaith met at school, which is where they both realised they had a mutual passion for music. They started busking in Belfast together and were very well received by the public. Quickly wanting to expand the band, Mollie’s sister joined, bringing the band a beat that would take their rock ‘n’ roll music to the next level.