There can hardly be anyone in the world who has not heard the song You Raise Me Up. Younger music fans may remember Westlife's version and older ones Josh Groban's or even the original by Secret Garden. Believe it or not, there are close to 100 versions in existence! So no one could have believed two Chinese children could become internet sensations with their own rendition.

What's even more impressive is that these two talented youngsters had never even met until the Chinese talent show, Let's Sing Kids, brought them together. Although they were strangers until the show, this talented twosome are actually similar in many ways.

They are both veterans of talent shows and have an absolute passion for singing. That much is clear from the quality of their performance! Strangely, though, they also both worship Celine Dion!

As Celine has not been in the spotlight as much since the 90s, it's amazing both children came across her music. The stars really did align when these two children sang together so beautifully.

Tan Zhiyun, also known as Celine Tam, is the younger of the pair; she was seven years old when she appeared on the show. Tan comes from Hong Kong and has been singing since she was very young. She was taught by her father, who happens to be a music teacher—no secret where she gets her love of music from. She comes from a family obsessed with Celine Dion, she and her sister, Dion, were named after the famous singer.

Li Chengyu, also known as Jeffery Li, was ten years old during the competition and is from Canada. However, as his family is Chinese, he can speak the language fluently. They may live in different parts of the world, but when you hear their voices combine, it's as if they were born to sing together.

No one could have imagined that a performance on a talent show would bring as much attention as it did. In less than two weeks, it had been watched more than 7 million times on YouTube and is currently over 13.5 million views. Tan and Li even got to appear on other shows, including the hugely popular Ellen Show.

News is thin on the ground about whether Tan and Li will continue to sing together, but for the sake of all our enjoyment, let's hope they do. 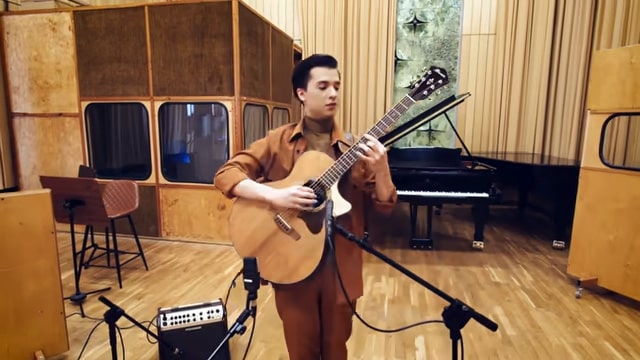