If you’ve been following The Music Man you’ll have seen musical instruments made from all sorts of things including household items, car and motorcycle parts, typewriters, and even bedpans. Petr Spatina has another ingenious instrument to add to the list.

Petr plays glasses. You know, the type you drink wine or beer from, and it sounds amazing! Petr was born in the Czech Republic as a farmer’s son. When he was young, he learned to play the accordion and the piano before embarking on learning a quite unusual musical instrument, “the glass harp”. Petre writes and performs his own compositions using the glass harp and has been playing for over 20 years!

His own compositions are outstanding, turning a table of glasses into an orchestra of sound which is not only visually entertaining, but sounds completely unique! He has developed his own style and technique using the glass harp, but he is not the only glass harp player in the world, however, most are not quite at the same level as Petr.

The instrument itself consists of 33 wine glasses filled with varying amounts of water which “tunes” each glass to a different note, all 33 glasses are then layed out on a table to be played. When Petr wets his fingers and slides his fingertips across the tops of the glasses, it causes them to vibrate, resulting in the sounds you hear.

Sometimes you see him wobble the table. We’re not sure if this is on purpose, or just an accidental “knock”. However, when the table wobbles and the water starts to move inside the glasses, it creates a vibrato/modulation effect which adds to the sonic interest. He may also knock the table to wet his fingers again without stopping playing. If anyone knows, please tell us in the comments below!

The video below is Petr playing in Brno, a city in the Czech Republic.

A brilliant artist and a perfect example to musicians around the world. If you don’t own an instrument, or the instrument you want you can’t afford, or is otherwise unobtainable, be a glass half full guy.

If you want to see more from this awesome talent go to his Facebook page and follow him to keep up-to-date with his latest work. 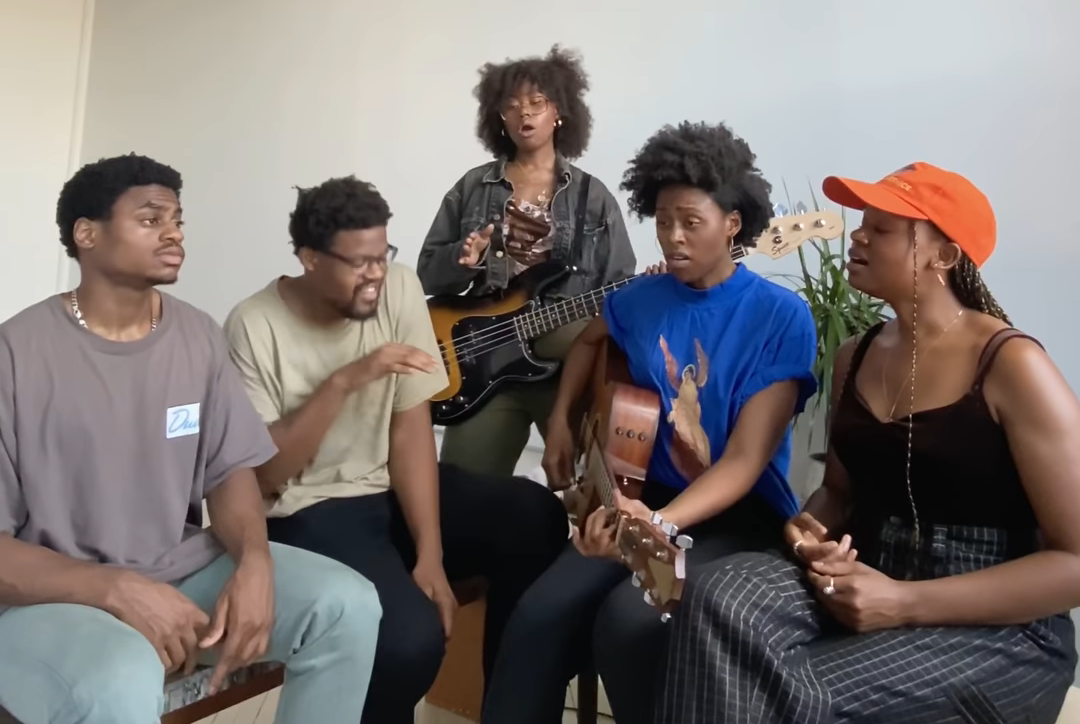