A global phenomenon in the brass band world! Lucky Chops have been regularly videoed mesmerising commuters in the New York City subway. Their irresistible energy and incredibly rare talents have unsurprisingly racked up millions of views online.

Lucky Chops have been a massive hit across the internet since 2015 when they were filmed multiple times performing in the New York City subway. New York has seen some of the best subway buskers in the world, including Mike Yung, a wonderful vocalist and Blac Rabbit, an incredible Beatles tribute duo. Lucky Chops are now touring their way around the world after achieving much-deserved success following the videos below going “mega-viral”.

Like with many bands, some members leave or move on to other projects and Lucky Chops are no exception to this. Leo P, who plays the big baritone saxophone, has stopped performing with Lucky Chops in order to focus on a band which he founded called Too Many Zooz. They are also a brilliant high-energy brass band (trio) focusing more on brass house music and definitely worth checking out if you like Lucky Chops.

In 2015 when their subway videos went viral, the band members of Lucky Chops and the instruments they play are as follows:

A more recent video of the band playing, after Leo P had left, is this brilliant performance back in the Subway where they made their name. This is Luck Chops playing “Stand By Me”.

Lucky Chops have released three albums and one EP. The albums are called:

Below is another one of their earlier viral video hits. They cover and mash up multiple well-known songs including “Funky Town” and “Freak”.

This is the live version of their original song “Behroozi” – the studio version is on their YouTube channel (links at the bottom of this page). The song is named after the Tenor Saxophone player “Daro Behroozi” a member of Lucky Chops. The video below shows their exceptional talents and highlights their compositional skills.

Leo Pellegrino is from Pittsburgh who regularly plays in New York City. He attended and graduated from The Manhattan School of Music in 2013. When Leo left Lucky Chops, it caused much confusion and upset throughout the band’s growing fan base. We found an interview, posted to YouTube by Lucky Chops themselves, with Leo P and Lucky Chops band members which clears up some of the confusion, you can watch it below. Leo explains how hard the decision was to leave Lucky Chops and how much it hurts him seeing the band playing without him, but it was a choice he had to make.

The professionality of Lucky Chops and Too Many Zooz is great to see throughout this interview. If you have enjoyed watching “Lucky Chops” we’re sure you will love “Too Many Zoos”. Check them out for more incredible brass band energy! 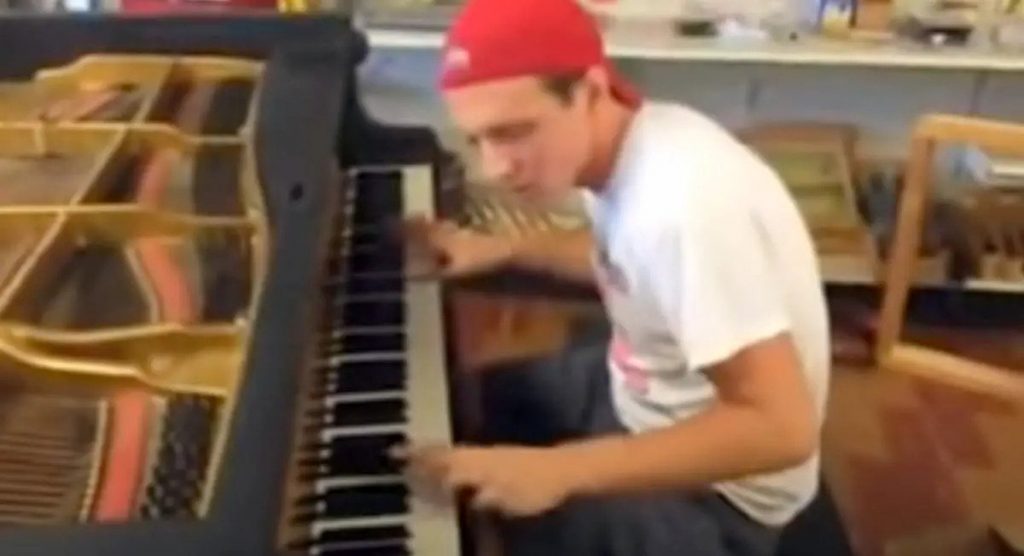