If you love guitars or are a fan of making your own instruments, you need to check out Nick Zammetti and the gorgeous, shimmering guitar he made out of DVDs. Not only does it look fantastic, but it demonstrates Nick's skill when working with his hands. Nick has already created a mould for a guitar when the video starts. 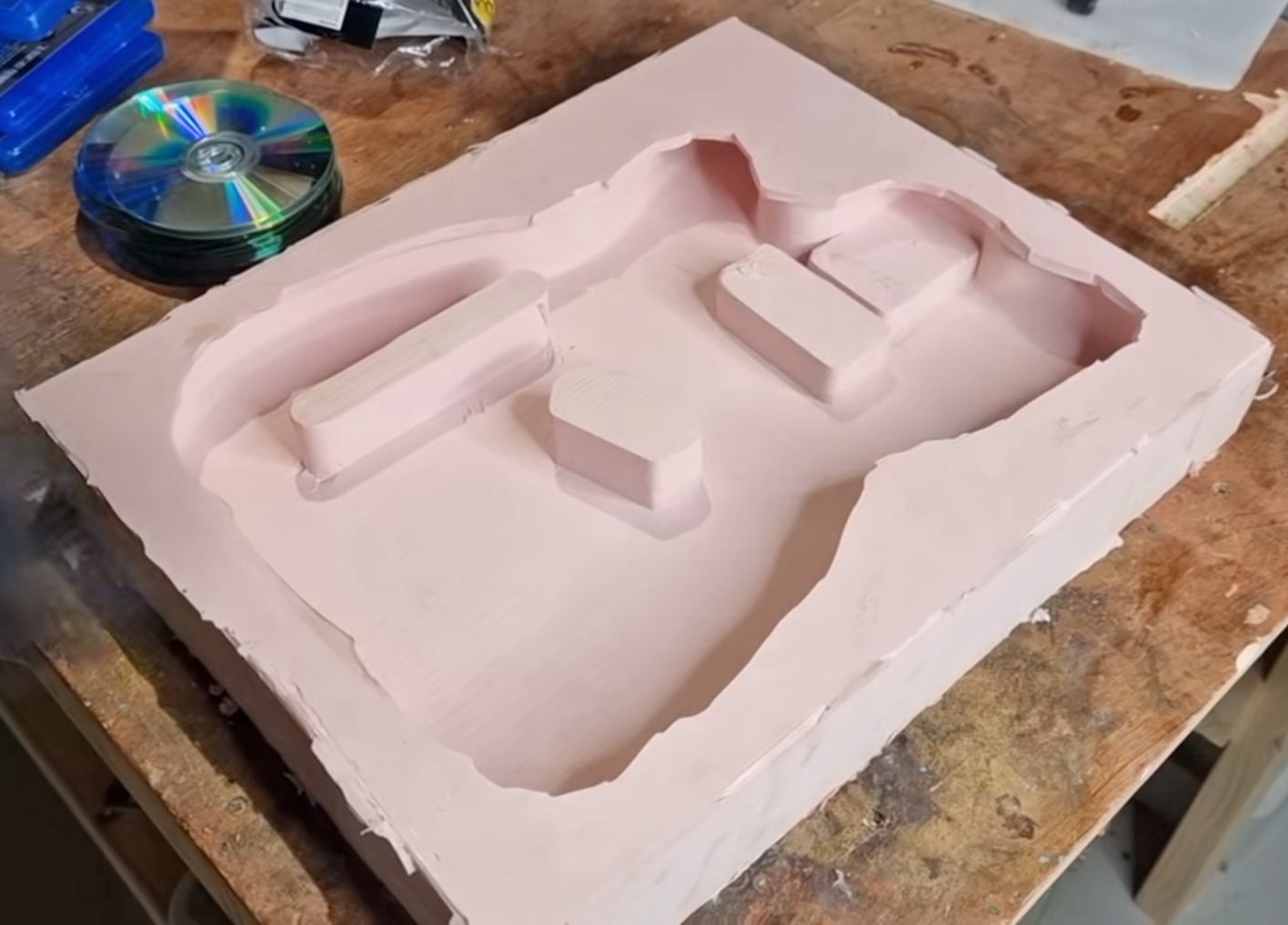 He explains this was the mould he used for another of his projects, a Lego guitar. Clearly, this guy enjoys fooling around with unusual materials when making instruments. He tells us that he's going to use resin to create the body of the guitar but that it needs to be a little shallower and thinner around the edges than usual.

This is to leave room to attach the DVDs. It takes three pours of resin in total, each of which takes hours to harden fully. Eventually, though, it's thick enough, and he removes it from the mould. Even at this point, with no DVDs and no neck or strings, the guitar looks pretty cool. There is a video at the bottom of this page where you can see every step in this amazing creation. 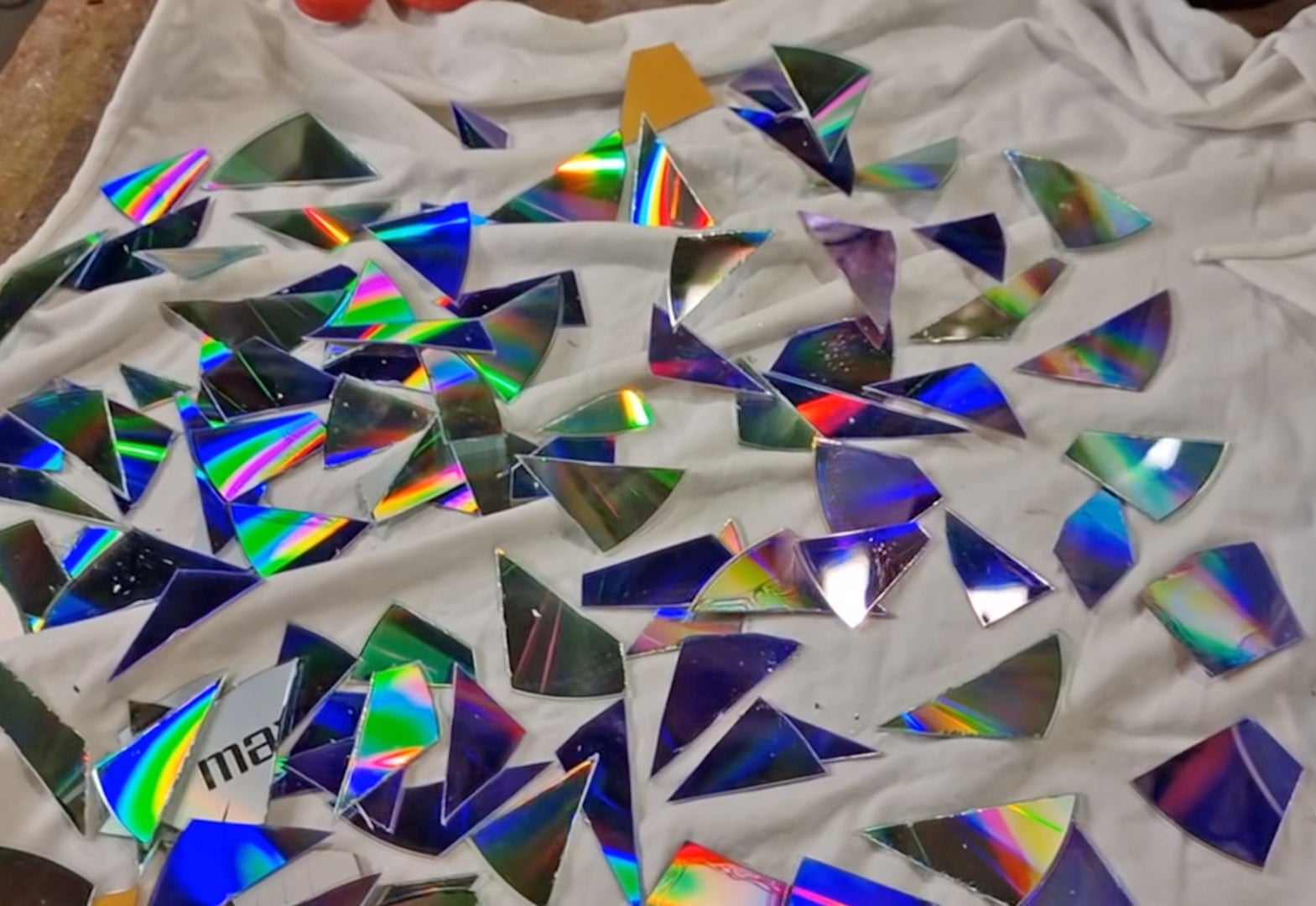 After the guitar body is free, Nick explains that he's come to the tricky part. He needs to cut a small amount off the whole perimeter of the guitar. Nick draws a guideline with a sharpie around the edge of the guitar. Then, with impressive accuracy, he uses a power saw to trim off a thin strip around the entire body. He follows up by sanding it all over, and again it looks great even at this point. 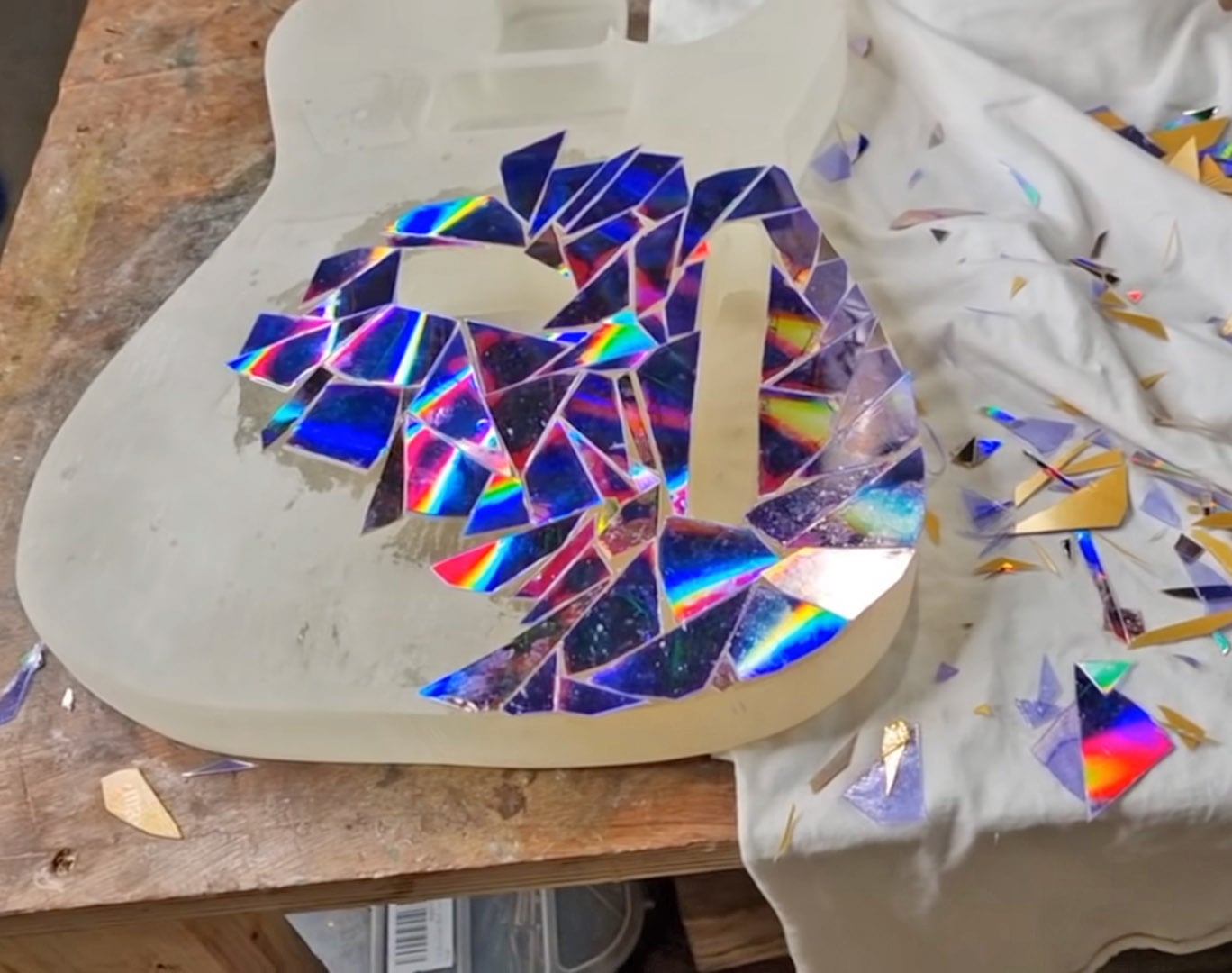 Then, just in case this project wasn't labour intensive enough, he cuts the DVD's into cool shards by hand! When this part is eventually finished, Nick lays out all the shards and starts to plan their placement on the resin. He glues shards onto the body, and it does look really cool, but it's a very slow process.

The small section he completes initially takes over three hours. What's worse, he decides at that point that the glue is making the dvds look messy and he's going to use double-sided tape instead. Yes, you guessed it, he has to remove everything he's already done.

Once that's finished, though, it's full steam ahead. He attaches the shards and then dips the body in a final code of resin to seal everything in. It takes two days for the resin to dry. 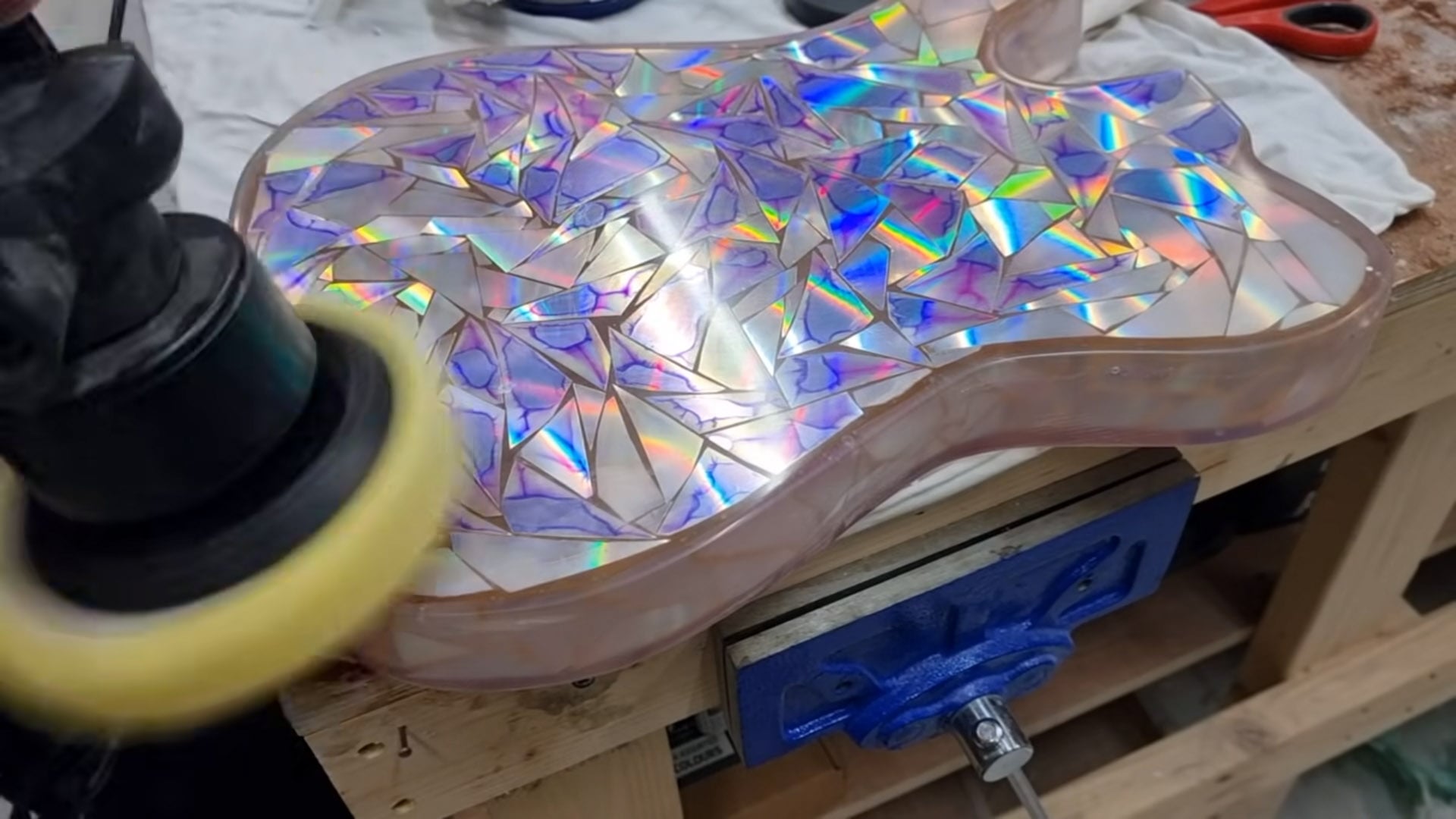 Once the body is out, he can finally give it a last sand and polish and attach the neck. The end result is stunning, and it's all the more amazing when you see the work involved. 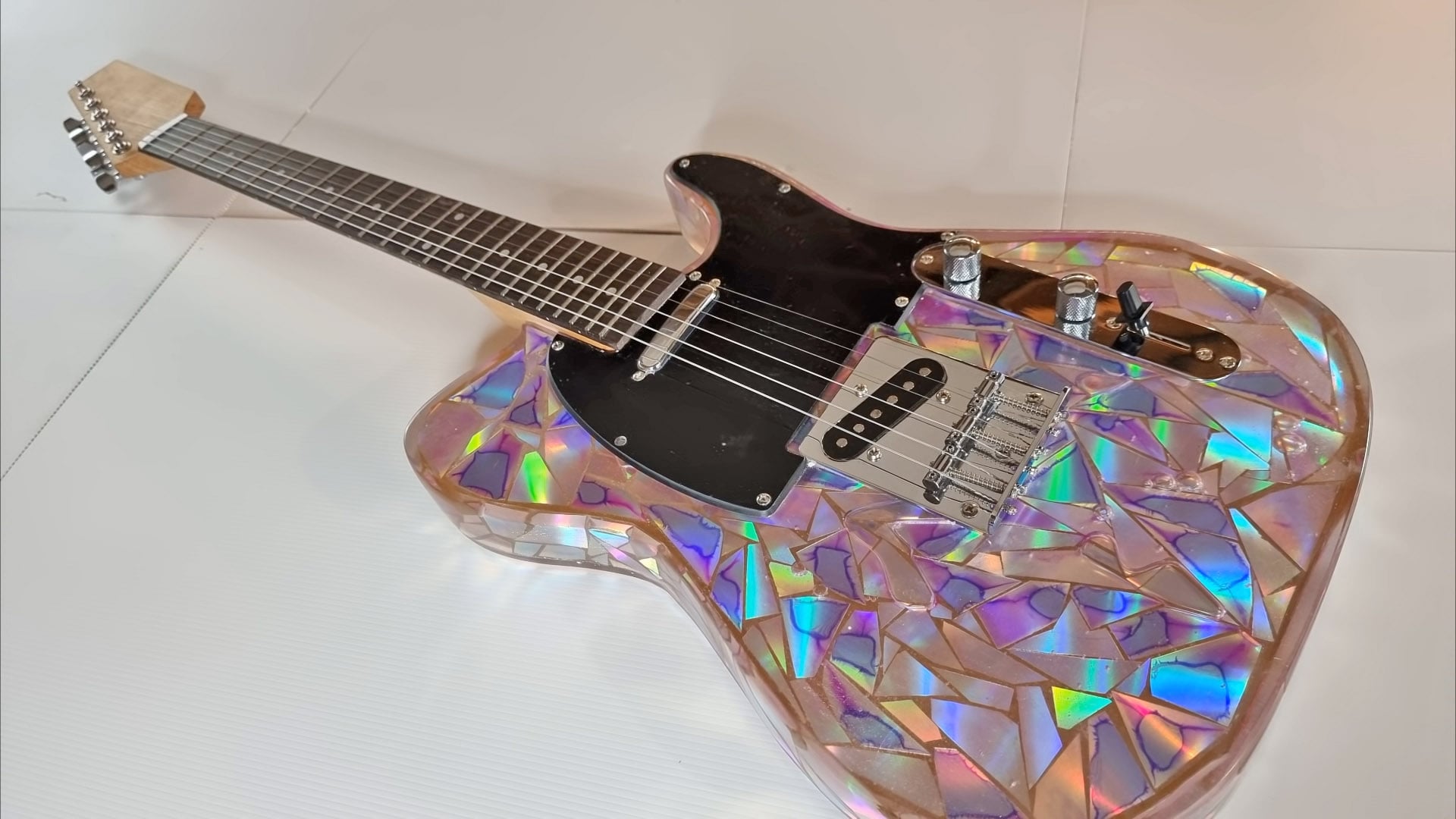 That is one guitar in a million.

Watch the entire build in the video below: