Dario Rossi is an Italian street drummer who has quickly become one of the most famous modern drummers in the world. The percussionist started his drumming journey at the age of ten and quickly found himself addicted to the instrument. Rossi has an affinity for performing using recycled parts, including pots, pans, metal cut-offs, and even plastic tubs to emulate bass drums. He has since performed all over the world, bringing his unique spin on electronic dance music to the streets of some of the most popular cities in the world.

His performances have brought him to London, Berlin, Amsterdam and Barcelona, with his being recorded by hundreds of passers-by and shared with the world. His performances have truly put a spin on the traditional drum kit and shown what a talented individual can do with what others view as scrap.

One of Rossi’s more famous performances is of him performing a mind-bending drum solo piece in Amsterdam. The set lasts an exhausting thirteen minutes and Rossi can be seen sliding up and down his huge selection of scrap metal instruments. A large crowd gathers to see Rossi perform, encircling the performer and watching on as he builds to his crescendo.

The use of various scrap metals is an interesting concept, with each piece giving out a particular percussive note and the use of plastic drums as a form of bass. The set is a skilfully played one as Rossi’s kit is laid out in such a manner that he has to slide across the ground in order to play the furthest instruments.

On The Streets Of Amsterdam 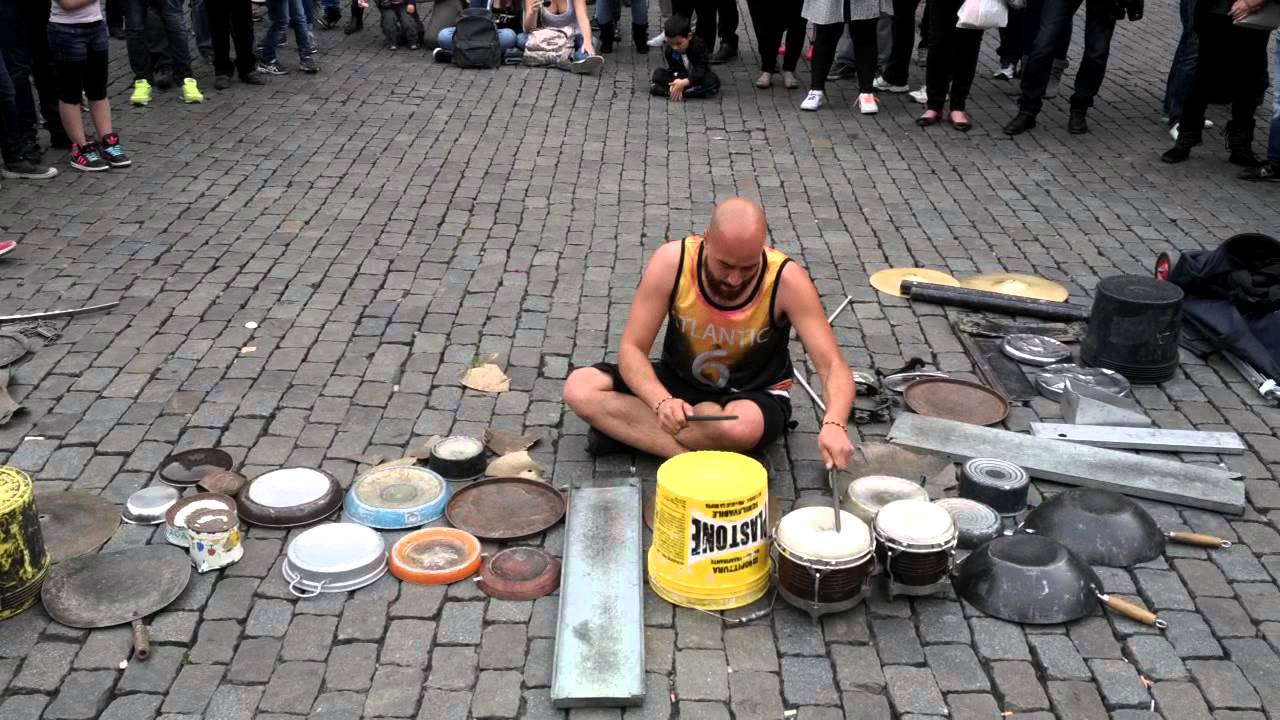 He cleverly lays out his plastic bass tubs at either end of his set up allowing him to flow between percussive sections without losing the ability to add bass for tempo and rhythm, after all, is it really dance music without bass? Rossi is a truly talented artist and has moved on to producing some of the best electronic dance beats in the business, and has performed at several festivals over the years, showcasing his gift to millions.

As with everything nowadays, you can’t escape someone with a mobile phone and social media, this has led to Rossi being filmed all over the world and has seen his receive airtime on TV shows, articles in papers, as well as millions of views on YouTube. A true talent not to be missed.

Writer Of Classic “Don’t Worry, Be Happy” Demonstrates The Power Of The Pentatonic Scale