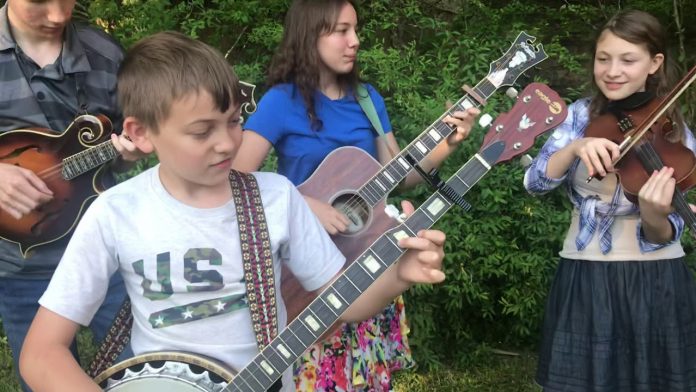 These very talented youngsters are called The Cotton Pikin Kids. A self-described family of music lovers from the Cullman County, Alabama, United States.

They play banjos, guitars, violins and harmonise beautifully with one another. They’re building quite a following for themselves on social media after their videos and personalities have spread throughout the USA. They play a style of music called “Bluegrass” which has made the band popular with Americans, some saying, “It makes me happy to see the bluegrass tradition continuing, it’s a style of music we never want to lose. Thank you!”. The video below is of the family performing “Rocky Top”.

The Cotton Pickin’ Kids consist of 7 members and their names are listed below:

Below is another wonderful performance from the kids, playing and singing “My Sweet Home”. They have also covered songs such as Ronan Keating’s “When You Say Nothing at All”, you can watch these on their YouTube channel (links at the bottom of this post).

Savio Cipollari shared a brief history of how he and his siblings started performing. “Our dad went to this barbeque in Jones Chapel and we were all little, I was probably 2 years old,” he said, “but he met this man – and my dad wasn’t into bluegrass at the time – but our dad asked the man to teach our aunts and uncles because our grandfather was looking for someone to teach music. Eventually, we grew up seeing our uncles and aunts playing music, so we started wanting to play ourselves!

After a little while, we just started learning from him and eventually, he got us going as a band! As for the name, we went to this bluegrass festival going into a band competition and at registration they asked, ‘What’s your band name?’ and my dad went ‘We need a band name?’ and he then said, ‘Oh, it’s those Cotton Pickin’ Kids,’ and it just came to him and it stuck.”

If you want to see more from these talented kids go to their Facebook page or YouTube channel and follow or subscriber to their accounts to see more of their awesome videos.