These crazy musicians are the awesome brass band from Spain who go by the name of Artistas Del Gremio. In English, this translates to “Guild Artists” which is why they’re dressed up in fighting gear, they’re all warriors!

The band performs in public around 120 times a year making these warriors highly experienced, knowing what songs to play to which audiences. Other than their high energy, super exciting performances, the band has their own beer, a pale ale, which they released to celebrate their 15th year anniversary.

The band consists of 9 talented performers:

NARCISO
A new addition to the group and self-described as “The best looking in a skirt”.

ANGELÍN
Angelin was born in Cheste in Valencia. He plays the tuba and says, with the tuba he jumps like a regular person, without it, like a Kangaroo!

ANGELITRES
Angelitres loves hitting things with his drumsticks, making a beat from anything he can hit, especially metallic objects. He also would like everyone to know his Twitter password is “tetera441”. (We haven’t tried to log in so cannot verify this).

ÁLEX
“I am the most sophisticated evolutive result of the band.” He describes himself as “the beardless one”. He plays the Saxophone and has a massive beard.

ANDRÉS
The drummer and beat setter for the band! he says, “When the night falls, I become Katacroquer. When the sun rises, I starve.”

MATEO
Mateo plays the Trombone and the Otamatone. However, he sticks with the trombone because the Otamatone didn’t fit with the band’s style. He says, “I got a Master’s Degree from Berklee College of Music, but I’m popular for my good imitations of a cow.”

ROBER
Rober plays the Trombone mainly because he thinks it’s a very pretty instrument. However, he once dropped a coin inside it and never saw it again.

CARLITOS
Self-described as “The handsome one of the band”. He worries that if he were to look at you sensually while he plays the Saxophone, your brain might dissolve. So you may want to be careful around Carlitos.

M. A. LAITA
Last but definitely not least, a trumpet player with the “Weird hair”. His initials make the word BAD in Spanish “MAL”.

As you can see, these guys have bags of personality and incredible talent. They’re definitely a band to watch live and hopefully we will feature them again soon on The Music Man. 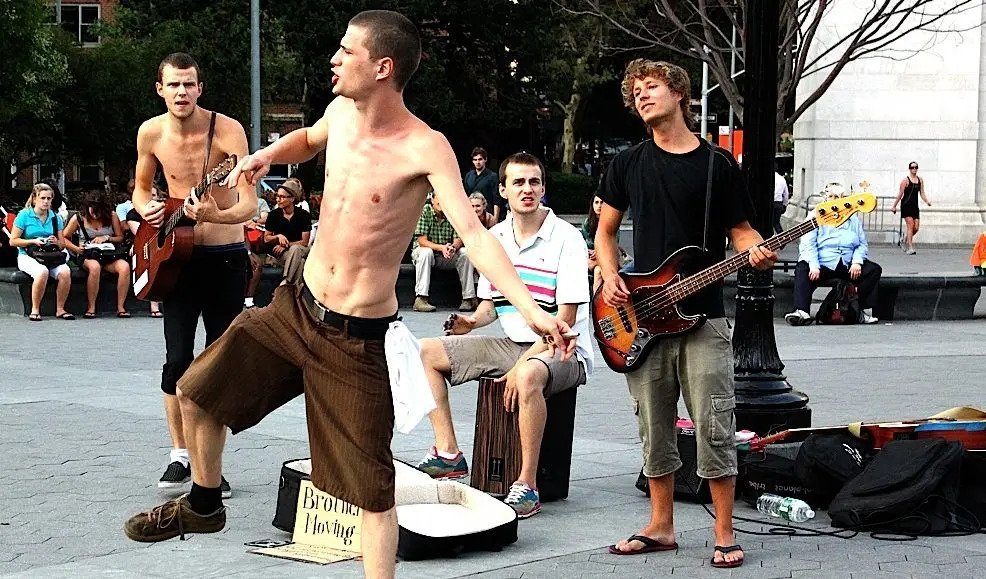