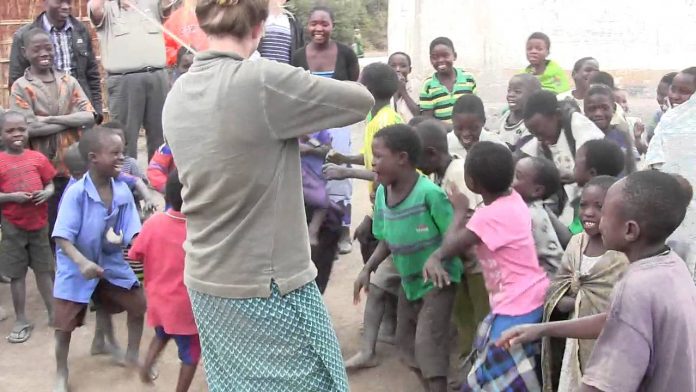 There is nothing more joyous than seeing children smiling, laughing and dancing around, especially when you’re witnessing their first experience of something westerners have seen many times before.

This is Paige Victoria Park playing her fiddle to kids in an African village in Malawi. The kids love music, but they had never heard a fiddle played before, so when Victoria starts playing some upbeat music with her instrument, the kids burst out with joy. Watch the beautiful moment in the video below

Paige was a long way from her home in Nashville. She comes from a family of passionate bluegrass musicians, so it wasn’t any surprise to see her carrying around her beloved instrument whilst on her travels. She started playing at just 6-years-old and has since earned a list of honors and has even played at the Grand Ole Opry.

Africa has music embedded deep within their culture, so this wouldn’t have been the first time these children had heard music, however, some more impoverished regions of the continent will have still yet to hear the sounds of certain instruments.

The lack of instruments but cultural love for music results in these kids bursting into joy when they first heard the bow stringed instrument played. Paige was very happy to inspire these young children with her talents during her travels and thanks to people having cameras on their phones, we can all witness it.

The video was uploaded to Instagram and YouTube in 2014 and received lots of positive comments and thousands of views on her video. The positivity this video spread really did resonate with her followers and those it was shared with.

Paige said, “Music brings people together. Different cultures. Different religions, It’s cool because you don’t have to translate. You just play and they understand it in a way that unites everyone.”