Adrian and Emma-Jean Galliard are a father and daughter singing duo from South Africa. They opened a YouTube channel on the 12th of April 2020, and many of their uploads have caught the attention of millions of people across social media. The video below is the talented family duo’s awesome cover of “Time To Say Goodbye”.

This classic, also know as “Con te partirò”, is reserved for some of the greatest singers of all time such as Andrea Bocelli. The beautiful harmonies this father and daughter singing duo produces give this brilliant song a new lease of life. With Emma’s crystal clear highs and Adrian’s powerful lows, it truly is a fantastic recording.

The Johannesburg duo regularly perform at corporate and charity events singing everything from classics to pop music covers. They’re also writing and performing their own material. They began their singing career after gaining popularity on Facebook when they recorded and uploaded a duet cover of the 1999 classic, ‘The Prayer’. Since then the duo has gone from strength to strength creating some of the best family music content on the internet today.

Emma-Jean Galliard is only 11-years-old and says that Katherine Jenkins OBE, a Welsh mezzo-soprano singer, is one of her musical idols. When they started uploading videos they didn’t have a clue how popular they would become. People across social media have responded to the family’s message during difficult times, finding entertainment and comfort watching their performances.

Adrian and Emma-Jean also covered ‘Jealous of The Angels’ by Donna Taggert, which was later released and made famous by one of their favourite artists, Katherine Jenkins. The video was uploaded to YouTube on 14th April 2020.

Recently, they posted on Facebook announcing they’re both hard at work recording new music. In the post, they said, “Hard at work on some new music! We had a request come in from St Margaret’s Anglican Church in Margate for Amazing Grace and some other hymns.”

After being featured on The Music Man’s Facebook page the duo posted they were, “So excited to be featured by The Music Man!”. Their video has already reached over 500,000 people and is a massive hit with our music-loving audience.

The family singing duo have been prolific releasing new music. They recently took on a cover of the classic ‘O Sole Meo’ doing it more than justice with another fantastic performance. In the video below they sing “Ave Maria”.

What a response these wonderful singers have had on social media recently. Three of their videos have gone viral amassing well over 3 million views and still counting. Below is another popular video that is being watched and shared all over the world. This is the father and daughter’s brilliant cover version of “The Reason”, originally sung and written by Callum Scott alongside co-writers Corey Sanders and Jon Maguire. 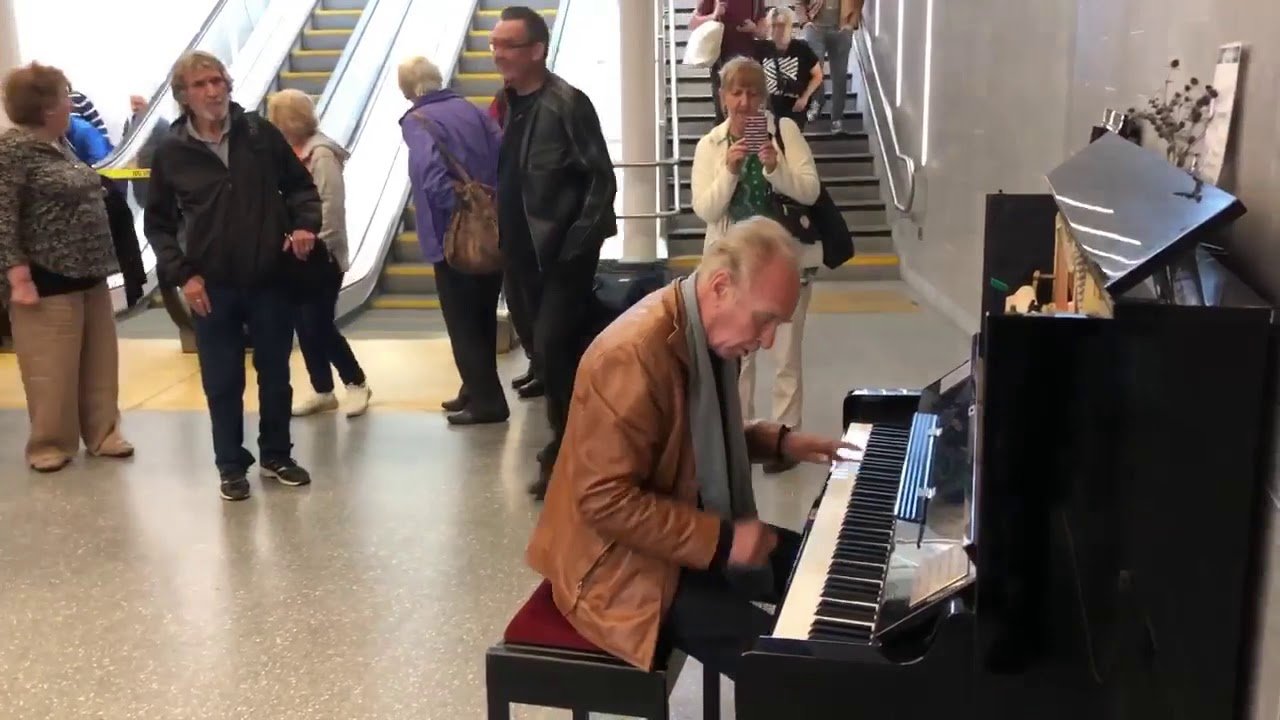 The Melisizwe Brothers Dubbed The Most Musical Family in America

Galway Street Club A Band of Buskers From Ireland